I Am the Prodigal Son

Most people know the story of the Prodigal Son. If you don’t know it, you can read the whole story here. I’ll confess that until a few years ago I wrestled with this story. In short, the parable tells the story of a reckless young man that obnoxiously demanded his inheritance from his father. He went to foreign lands and squandered his wealth living wildly and irresponsibly. He ultimately fell into poverty and found himself as a hired hand feeding pigs, which incidentally would have been one of the most demeaning things for a Jew of Jesus’ day to do given the scripturally and culturally unclean nature of the swine. He came back to his father begging for forgiveness. His father, being a kind and loving man, welcomed him with open arms and held a feast in his honor. The older brother that had always done everything right his entire life was resentful that his delinquent brother was being honored in such a way, and that he had never been treated with such extravagance. His father responded saying, “Son you are always with me, and all that is mine is yours. It was fitting to celebrate and be glad, for this your brother was dead, and is alive; he was lost, and is found (Luke 15:31-32).”

I always identified with the older brother, and I think many of us that grew up in Christian homes tend to see ourselves in him more-so than the delinquent younger brother. I am a pastor’s son. I grew up going to Sunday school before church, followed by a full church service – even on vacation. My family sat around the table at dinner, and we prayed over every meal – even when we were in public. We did vacation Bible school, generally went to sunrise service on Easter morning (followed by the normal Sunday service), lit Advent candles each of the four Sundays of Advent leading up to Christmas and my dad would always read the story of Jesus’ birth on Christmas morning before we could even think about opening gifts. I was spoon fed the Word my entire life and grew up in the kind of family that my wife likes to tell me is extremely rare.

Basically, I was never a screw up. Sure, I made my mistakes, but I was always able to quickly correct course and get back on track. I worked hard in school and got good grades. I was a good friend to people, did well in sports, was popular, got good jobs, and was generally well liked. In short, I was the older brother in the Prodigal Son story. I knew what the story of the Prodigal Son was telling me about God and grace and forgiveness, but truthfully, I never really got it because I couldn’t identify with the Prodigal Son’s recklessness. Consequently, I never understood what the story was teaching me about the boundless love and Grace that could be found in God through Jesus Christ.

That understanding came in a somewhat surprising way for someone that grew up the way I did. I didn’t become a dead-beat forsaking all of the good lessons I learned about managing my worldly life, but I did become spiritually promiscuous. I flipped the table on my Christian upbringing. My spiritual adultery started casually and slowly. As I look back, I think it started with some of the prosperity gospel teaching that’s so popular these days. It was a slow and almost imperceptible shift, but I turned God into my servant rather than the all-powerful sovereign being that He is. My prayer life (when I actually prayed) became a constant stream of requests for God to bless me not for His glory, but rather for my comfort,  for possessions, and success for my own glory. I’d begun flirting with the new age idea that we can manifest the things in our lives that we want by just believing and affirming them.

I got downright resentful toward God when my wife Jill got sick and we couldn’t figure out why her health declined so quickly and severely. In one particularly painful memory for me now, I remember telling my Mom, who was helping me care for our kids because Jill was unable and I had to work, that I’d been praying on my hands and knees for God to fix things and nothing was happening. I told her that it was all a bunch of crap. God had never done anything for me and I was through with Him.

I went on from there down a path seeking the real meaning of life. I engaged in new age thought, studied Hindu and Buddhist texts, I meditated, chanted with Zen Buddhists, met weekly with Theravada Buddhists and even signed up for a 10-day Vipassana Meditation retreat where speaking was forbidden. The retreat never happened because life continued to unravel and I couldn’t leave my family for that long. Ultimately, I settled on a nebulous belief that there was either some form of energy in the universe that we all return to when we die like selfless drops of water in the ocean, or that there was no god or energy or anything else, and when we die, we disappear into annihilation. I got forceful with it – even trying to convince my father the pastor that his Christian beliefs were absurd and pointless. I saw Christians in particular as pitiful because of their need for God. He was a crutch for the weak minded. I didn’t realize that I had reached a point of spiritual poverty, but I was basically feeding pigs in a foreign land after squandering my spiritual wealth. I was in essence as bankrupt as the Prodigal Son.

One night, I was arrogantly trying to convince my wife that her idea of a Christian God was silly and that this being (if there even was one) was just some energy force, and that my extensive study of various religions gave me better insight in this regard than her or anyone else that blindly had faith in “God.” Her simple response unexpectedly crushed me. She replied, “That’s great. So, how is your relationship with this universal energy of yours?” I have no idea where it came from, but a well of emotion exploded from somewhere deep, and I began to sob uncontrollably. I was taken completely by surprise. I had a fountain of knowledge, but frankly no understanding of what any of it meant. What followed was a series of dominoes that couldn’t be anything other than the Holy Spirit moving massively in my life, and God began revealing Himself to me in undeniable ways.

I found myself in the position of the Prodigal Son having turned my back on a loving Father that had been so kind, and to whom I owed thanks for the very air I breathed. I had in essence told him I wished He were dead like the petulant son had in the parable by asking for his inheritance while his father was still alive. I’d wandered into a foreign land and blew my last ‘penny’ without care. Starving to death, and feeling so dirty and unworthy, I sheepishly turned back to my Savior. What I found was a Father that ran to me with open arms and swept me up in the most beautiful embrace. I found the kind of love and acceptance that brings tears to my eyes even as I write this despite my spiritual unfaithfulness. I had walked in the Prodigal’s shoes. I’d stepped from knowledge to understanding as I felt firsthand the sacrificial love offered to us freely and graciously by the God of the universe. It’s the most precious gift – and it’s free! You just have to say yes.

If you identify with the older brother that has always done everything right, and haven’t really needed the gracious and unconditional love offered through Jesus Christ, let me just say that my understanding has led me now to know that we’re all Prodigals. Every one of us. Jesus made that clear in the Sermon on the Mount. So, if you don’t cheat on your spouse, and you don’t steal, and you haven’t murdered someone, you’re not off the hook. Jesus told us that if you even look at a woman (or man) lustfully you have committed adultery in your heart. If you hold anger in your heart toward a brother or sister, then you’re subject to judgement. The point is, none of us can be good enough on our own. We can’t do it by trying harder, and we all need forgiveness. The beauty is that He’s waiting to lift each of us and show us that we’re loved and forgiven. This understanding has literally changed my life and I want it to change yours.

If you’d like to discuss this topic further or need prayer, please email me at aaron@hopepackedproject.org. I'd love to hear from you. 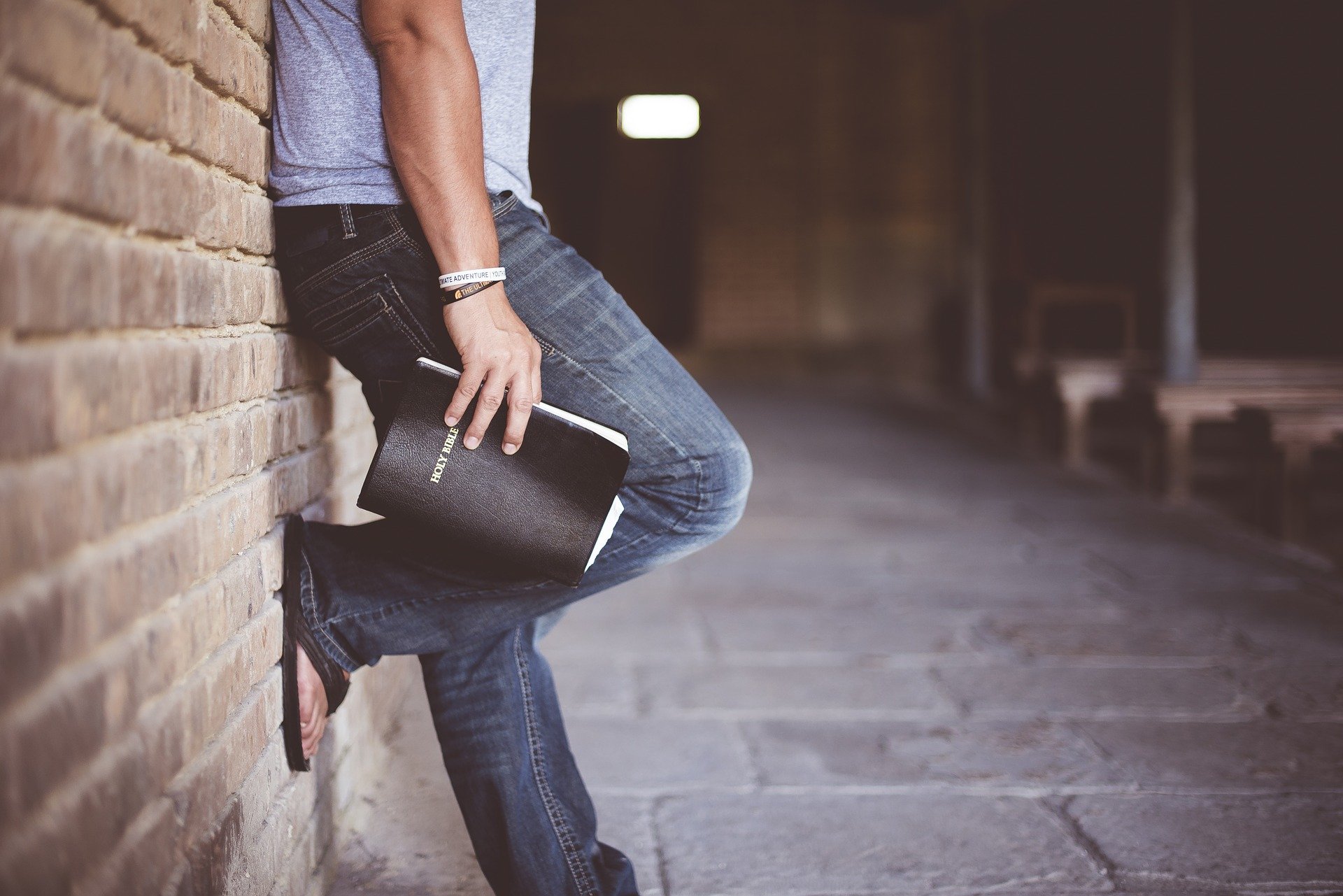 Prodigal Aaron Cooper forgiveness
18Feb
Got Hope?
15Mar
All I Wanted Was A Movie Night
Comments